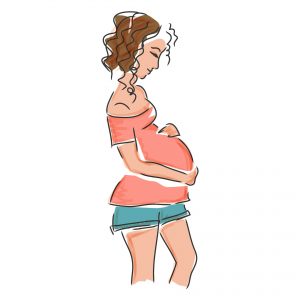 C-section births, named for Julius Caesar, and The Suda, a Byzantine-Greek historical encyclopaedia from the 10th Century, states: “The emperors of the Romans receive this name from Julius Caesar, who was not born. For when his mother died in the ninth month, they cut her open, took him out, and named him thus; for in the Roman tongue dissection is called ‘Caesar.’”

Cesarean section rates were first measured in the U.S. in 1965, when 4.5% of all births were C-section. By 2002, it was 27%, and by 2013 nearly 33%. That means that nearly a third of all children born in the United States completely miss the “inoculation” that comes with passage through the mother’s birth canal. Is it coincidental that we are seeing explosions of obesity, food allergies, and leaky gut syndrome (just to name a few)?

During a normal birth, an infant is exposed to its mother’s vaginal and fecal bacteria as it passes through the birth canal. These bacteria make their way to the child’s digestive, respiratory, and genitourinary tracts, begin to colonize, and become the seed for the child to develop its own microflora–the “good bacteria” we all need so much for our immune system to thrive. C-section babies are deprived of this, and they start without a good growth of beneficial bacteria. Not only do they have less beneficial bacteria but the flora is different and less effective. This can lead to dairy allergies, for example, which can cause excess mucus formation, colds, ear infections, and asthma–which are then treated with antibiotics! Do you see an ugly pattern forming? And do you see the need for C-section babies to receive probiotics as early as possible? Surely probiotics should be given with children’s formula if they are not being breastfed.

It seems that the ideal solution is to avoid Cesarean births, but another solution is for mothers to reinforce their own microflora with fermented foods and probiotics.