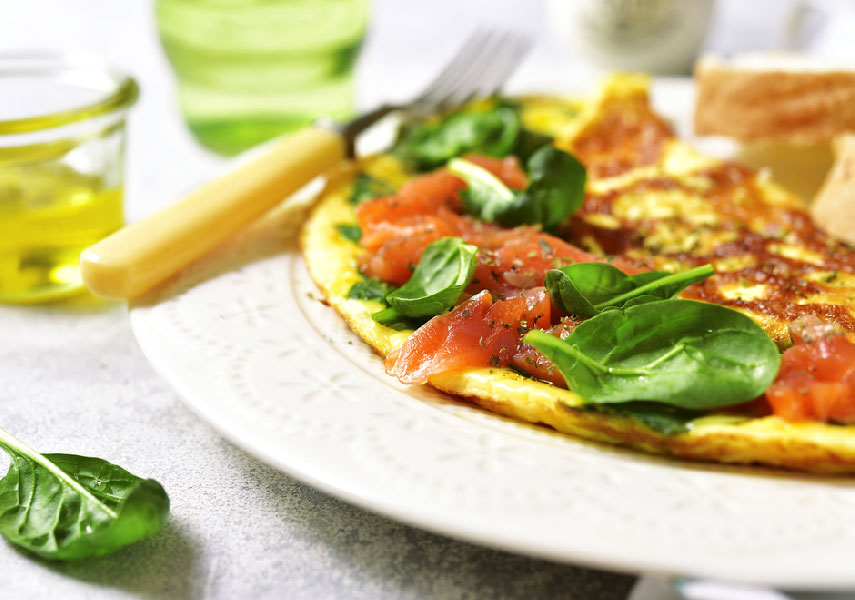 Breakfast: It’s the most important meal of the day, and it could also be a key to living better with type 2 diabetes. New Israeli research indicates that a high-energy breakfast promotes weight loss, improves diabetic symptoms, and decreases the need for insulin.

“The hour of the day—when you eat and how frequently you eat—is more important than what you eat and how many calories you eat,” said lead study author Daniela Jakubowicz, M.D. “Our body metabolism changes throughout the day. A slice of bread consumed at breakfast leads to a lower glucose response and is less fattening than an identical slice of bread consumed in the evening.”

Jakubowicz and her colleagues studied 11 women and 18 men who had obesity and type 2 diabetes and were being treated with insulin. The patients were randomly assigned to adhere to one of two different weight-loss diets, which contained an equal number of daily calories, for three months. One group (Bdiet) ate three meals: a large breakfast, a medium-sized lunch, and a small dinner. The second group (6Mdiet) ate the traditional diet for diabetes and weight loss: six small meals evenly spaced throughout the day, including three snacks.

Interestingly, the researchers found a significant reduction of overall glycemia after as little as 14 days on Bdiet, when the participant had almost the same weight as at baseline. This finding suggests that even before weight loss, the change in the meal timing itself has a quick beneficial effect on glucose balance that is further improved by the important weight loss found in the 3M diet.

Are you interested in replicating these results yourself? Contact Diabetes Relief today for meal-planning advice from our nutrition staff.

← EXERCISE: What Is Best for Diabetics? Blood Sugar’s Effects on Your Brain →