Depression is one of the most widely diagnosed of all conditions of our time, with more than 3 million cases in the U.S. every year, and 350 million believed affected worldwide (http://www.who.int/mediacentre/factsheets/fs369/en/). Conventional medicine considers antidepressant drugs first-line treatments, including the newly approved injected postpartum drug costing $34,000 a treatment, for $16 Billion in global sales by 2023 (comprised of a proprietary form of brexanalone [a synthetic hormone] to be sold under the brand name Zulresso by Sage Therapeutics. Just think about that!

Despite their widespread use, antidepressants come with an army of serious side effects, including suicidal ideation and completion [Ed. note: for someone depressed to begin with????????]. For this reason alone, natural, safe, and effective alternatives are needed more than ever before. 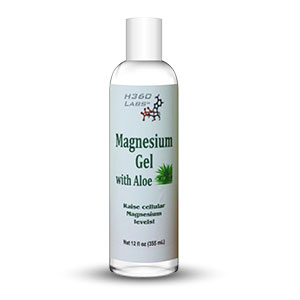 A powerful study published in 2017 in PLOS One titled, “Role of magnesium supplementation in the treatment of depression: A randomized clinical trial,” is very promising (https://journals.plos.org/plosone/article?id=10.1371/journal.pone.0180067). We already know that magnesium is safe, affordable, and easy to find [best is the Magnesium with Aloe Vera Gel at Diabetes Relief!], but according to this recent study, it’s also effective in treating mild-to moderate symptoms of depression. This is the first placebo-controlled clinical study to evaluate whether the use of over-the-counter magnesium chloride (248 mg elemental magnesium a day for 6 weeks) improves symptoms of depression. [Ed. note: As we have discussed in previous newsletter articles, with transdermal magnesium, such as the one we offer at Diabetes Relief, you get ALL of the magnesium to your cells, whereas if ingested, only about 40% gets to the cells after being processed through the liver.]

Results: Magnesium is effective for mild-to-moderate depression in adults. It works quickly and is well tolerated without the need for close monitoring for toxicity. Similar effects occurred across age, gender, severity of depression, baseline magnesium levels, or use of antidepressant treatments. Effects were observed within two weeks, and 61% of participants reported they would use magnesium in the future.

← MORE ABOUT FOOD ADDITIVES Nutrition Advice from a Savvy MD! →